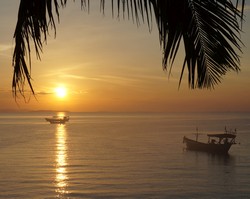 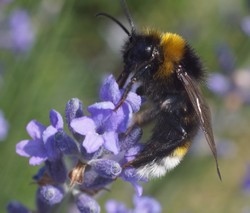 For some of the more interesting trips, I now create photographic diaries with route information to be displayed in Google Earth (German language only):

But eventually I found that it took up too much time that I'd rather spend on enjoying the travel experience! 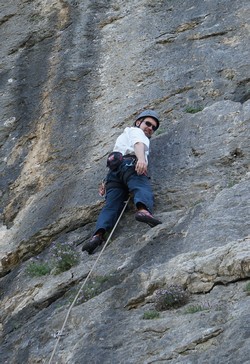 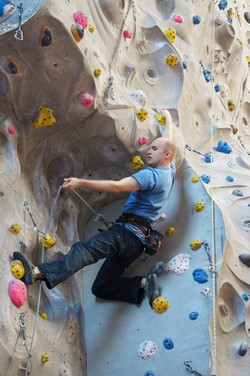 For some time now I've become an avid sport climber. The special thing about it is the wide range of difficulties which allows anyone to continously find and push their limit, and the total concentration you can achieve.

I also love hiking in the mountains, but as father of a toddler, I can only do that occasionally.

Reading is one of my favourite pastimes, and I read mostly science fiction and fantasy - why constrain yourself to current or historical scenarios when you're in the fictional realm anyway? In my opinion, some of the greates creative potentials and best literary products are found in this field that's so often dismissed unfairly as inferior. Some of my favourite authors are:

Japanese comics and animated films were my greatest passion for a long time, which shows in my hobby websites (see below). This is how I came to learn Japanese and got the chance to study in Japan for a year. However, this passion has decreased lately.

A Homepage for Elektra

My first website, which I used to teach myself HTML. It's a "shrine" for the character Elektra in the anime series "Secret of Blue Water". Besides information about the series and the character, there's also an image gallery.

The site was originally made on an Amiga home computer at a time when only tech geeks had internet connections, and the anime (VHS, DVD was yet to come) and manga available in the west could almost be counted on your fingers.

For a while, I spent a lot of time reading anime fanfiction and started writing reviews of Tenchi Muyo fanfictions. I even had the goal to review all Tenchi fanfictions in existence. At the time, that was not unrealistic, but soon after, they started becoming very popular.

Later I build the review site into a real community using a database - unfortunately Tenchi Muyo's popularity was decreasing by that time, so the community became quiet and then died. So I've been generally unlucky when it comes to timing, but I did gain a lot of experience concerning literary analysis and dynamic webpages.

Of course I also wrote a few fanfictions. Despite being German, I wrote them in English since the German fanfiction scene was non-existant at that time.